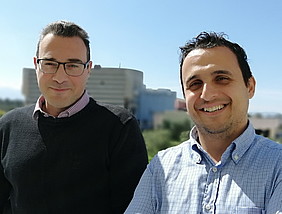 Global river discharge has changed significantly in recent decades. An international research team with the contribution of researchers Dr. A. Koutroulis and Dr. M. Grillakis, demonstrated for the first time that anthropogenic climate change is responsible for that change. The research, led by Dr Lukas Gudmundsson from ETH Zurich, Switzerland, analyzed data from 7,250 flow monitoring stations worldwide and found that river discharge changed significantly between 1971 and 2010. Some regions have become drier, such as the Mediterranean or the north-east of Brazil, while in other regions, such as  Scandinavia, river flow has increased.

However, the question was, what is the driver of the changes. To find out, the researchers performed several computer simulations experiments, using global hydrological models. In a first experiment, the models were driven by observed climate data for the period 1971 to 2010. The model simulations were in close agreement with the observed river flow data, showing that climate drivers can explain the observed changes. In a second set of simulations, the direct human interventions were integrated into the water cycle, such as land use changes and human water management (abstractions, flow regulation), without any substantial changes in the results. Finally, a third set of simulations was used to examine the influence of climate change in the river flow changes. In this experiment the hydrological simulations were performed under the assumption that the greenhouse gas concentrations during the study period (1971-2010) were, conceivably, at the levels of the pre-industrial period, i.e., not taking into account the anthropogenic greenhouse gas emissions. The results of the simulations did not match the observed trends, proving that realistic hydrological simulations are achieved only if the human impact on the climate is considered. The models can therefore provide reliable scenarios for future river flows. Such projections consist an indispensable basis for long-term water management and planning.

Dr Lukas Gudmundsson who led this research stated that “this study was possible thanks to the great collaboration between researchers and institutions from 12 countries”.